What Exactly is a Test Automation Framework?

Below are the characters and components of a good automation framework:

The simple answer to the ‘Why’ is that Robot Framework does all of these things right out of the box so that we do not require to build test automation frameworks from scratch. What’s even better is that it’s open-source and free. Also, it can be installed, up and running and ready to use all these features in no time and with minimal effort. And it’s the fastest and easiest to learn test automation framework. 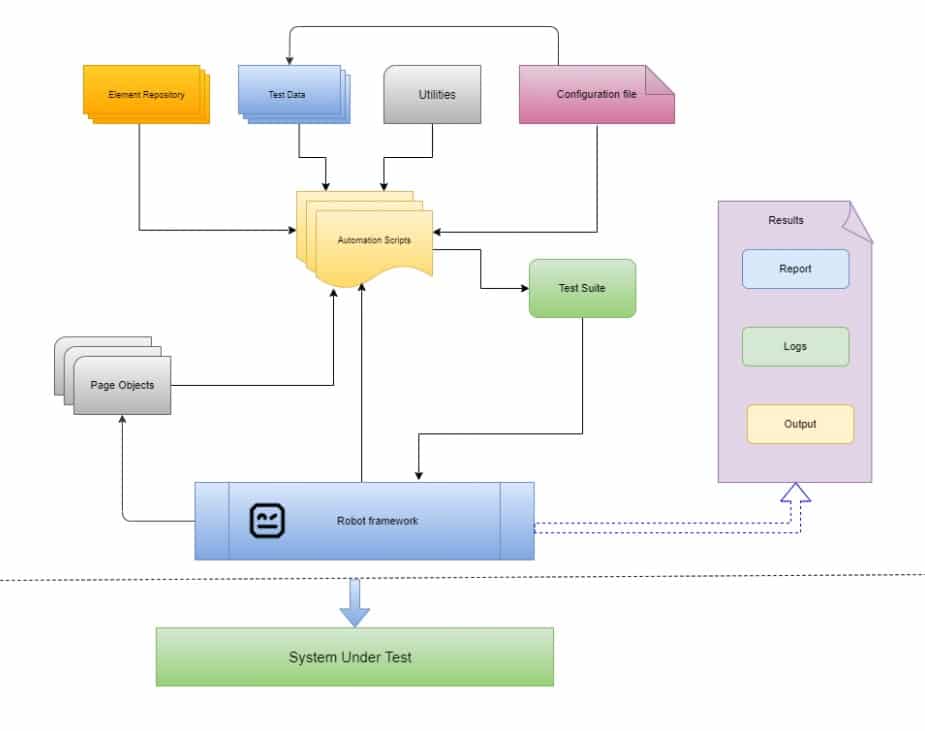 An Overview of Robot Framework Libraries 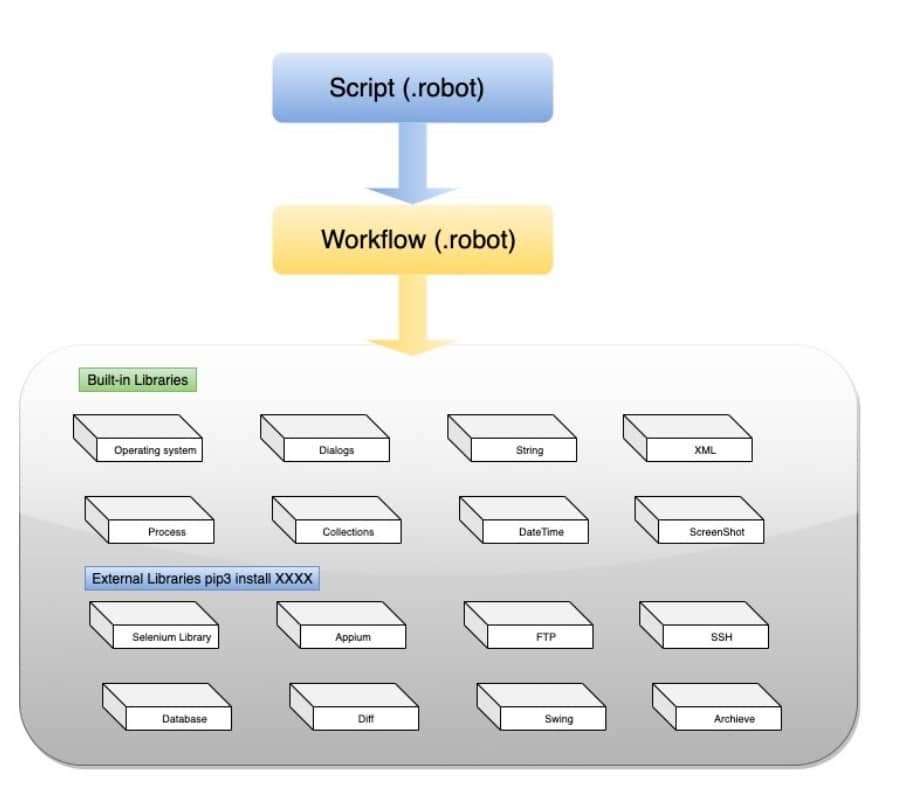 Robot Framework scripts are mostly keyword-driven i.e we can type in some simple, plain English words to invoke pre-written logic in some pre-existing libraries that have been made available to us. This gives us the ability to create our scripts in a Natural Language, essentially Business Domain vernacular, and the result is simpler, more readable test scripts. The above diagram makes it easier to visualize this. Inside of our chosen IDE, we will create a script file, which is simply a text file with a dot robot extension and those script files will reference workflow files which are lower-level keywords, also text .robot files and those workflows themselves would be making calls to the various libraries. So, we can see the libraries we have access to include Built-In libraries that come with Robot Framework itself and also external libraries that can be installed by using pip3 install and then the name of the library.

Step 1: Install Python and PIP (add to your Path) 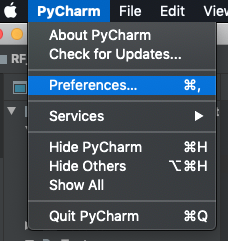 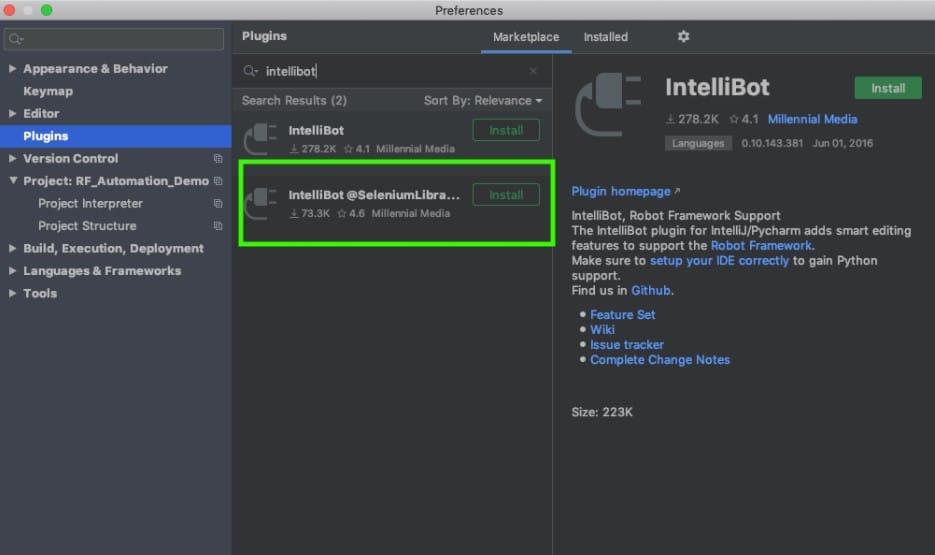 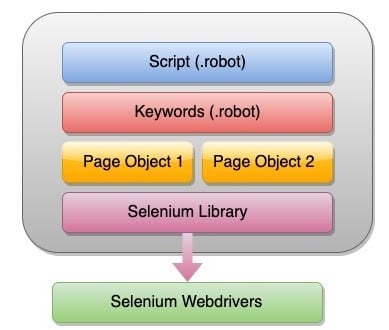 We can organize our project files by using a layered script approach.  As represented in the above figure the script file contains test cases, the keywords files contain lower level keywords that are created to help the script do its work, and the page object files are a way to encapsulate locators and functionality to represent different pages in the system under test. So the script falls under a test directory, the keywords and page objects together fall under resources, If we happen to get into creating our own libraries using Python we could also consider creating a libraries directory to hold those. If instead, we had multiple products and tests we could consider an approach, where inside our test directory we have got a product one directory which might hold feature one and feature two and so on, which would be shorter scripts for specific areas of our product. And of course, this assumes there would be a product two directory and a product three directory and so on. And then inside the resources directory would have a product one directory and a product two directory and inside those directories, those would hold our corresponding keyword files for feature one, feature two, and so on. And of course a single page objects directory for each product, the reason why we might take this approach is so that we could use one common keywords file for all of the different products, so maybe for things like suite setup and suite teardown, which includes things like opening up the browser, closing browsers and such, if we don’t want to have to repeat those keywords for multiple products, we could have this one common keywords file that serves each of our multiple products. And in results, we would have a product one directory and a product two directory that would hold the results for those products respectively. 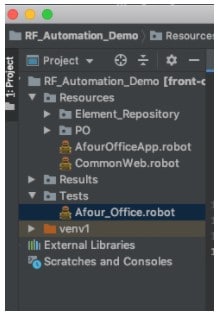 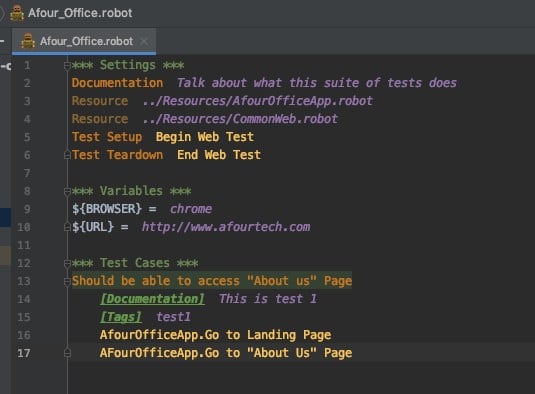 To summarize, Robot Framework is a feature-rich framework that can assist us in design and development of mature end to end automation solutions with ease. As the scripts are keywords based hence its readable and it becomes easy for different stakeholders to collaborate in the products quality engineering.

A quick view of the robot framework features: 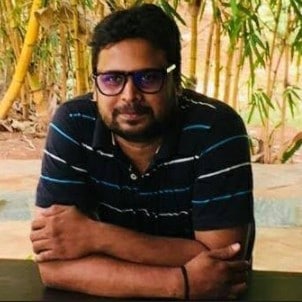 Author: Bhanu Pratap Singh
I am a technical project manager at AFourtech. I have a  keen interest in using open source technologies for product development, delivery with quality and innovation.