Experience of a MATE 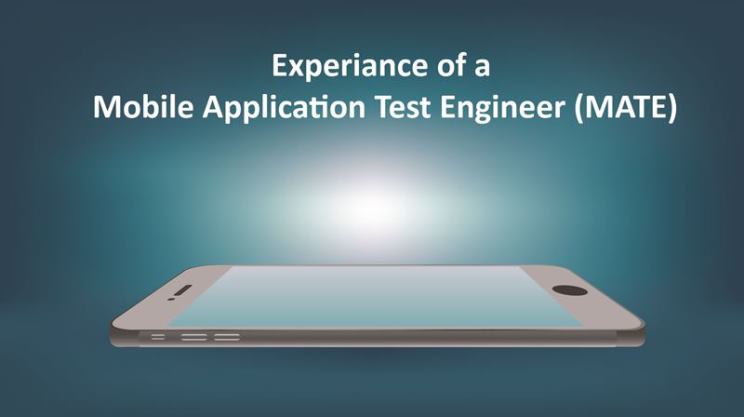 Iphone, Android and Blackberry phones have changed the way people use their cell phones. The phones have a lot of wonderful inbuilt features plus a lot can be accomplished with a little bit of modifications on the phone. Cell phones and the so called “apps”(applications used by the cell phones) have never been this popular, there are 100’s of “apps” coming into the market every day, which makes use of these features to provide the user what he/she wants.
It has never been this difficult to develop a cell phone application, today a developer faces a lot of difficulty in developing an app because of the increased complexity and the different platforms and the porting issues.
Most of the apps developer neglects the QA process of Mobile Application, this results in the application losing a lot of loyal fans. From a personal point of view I believe that, testing mobile applications should not be a neglected/last phase in the development of an app. An agile method of development is needed today in order to ensure the quality and stability of the application.
Recently my team was given an android application to test. Me and my team studied different tools which can be used to automate test cases on android applications. I would like to share my experiences on these tools.
Robotium:
This tool can be used to automate black box test cases. Robotium helps a Mobile Application Test Engineer (MATE as we call) to write different unit test scenarios for multiple activity. We used this tool to automate a few sample applications on an android emulator.
Positron:
Positron integrates with eclipse and just like robotium lets you automate test cases.
Monkey:
For a tester who is not “technically” sound these two tools may seem a little complicated for him. The android SDK comes with a tool called “Monkey” and as the name suggests this tool behaves in a similar manner as a monkey with a keyboard. The tool sends out pseudo-random events into the system. Monkey is quite a fast way of testing the UI. A script file can be used to send out events in a synchronized manner using the –f option.
From my experience, out of the three tools listen above I found robotium to be more powerful and easy to use tool to automate test scenarios for android application.