Over the years, famous apps like Uber, Facebook, Skype, and many more have evolved tremendously. However, the million-dollar question is – Should mobile developers use React Native for the development of mobile apps or use Swift or Java as their native?

The first issue in mind when an owner decides to invest in a mobile app is the selection of the Operating System. As far as the mobile app is concerned, iOS and Android are two of the best-known systems. Although Android’s faster release is better known, iOS is famous for better customer service.

But don’t you think that there should be a system that incorporates the two OS? The hybrid application closes the gap from creation to user experience. Various apps will run natively on various platforms. React Native became popular because it has advanced characteristics with technologies that use the hybrid app growth. React Native is now seen as the future. You can develop a native mobile app using the React.js library.

Here are some advantages of React JS and the reasons why it is the perfect platform for bigger businesses.

What is React Native?

React Native features that make it a flexible business choice

React Native has a large open-source community. It consists of a wide group of contributors working exclusively to develop a project. They correct mistakes and develop features.

If you use a community-based environment, you have many advantages. You have an enormous team of native developers who can share their experience and make the most of free components.

You use the same code on iOS and Android using React Native. So, time and cost are saved to create various codes for different platforms. What could be easier for developers if their efforts were half and 90% of codes for the two platforms will be reused?

You do not have to enter Java code for Swift and Windows code for C #. It operates on many platforms. In general, it is a Write Once and Use Everywhere Platform. However, the additional time for code adjustments should be measured if necessary.

React Native includes two main platforms-iOS and Android. It is a repetitive job to build native applications for various platforms. Production of iOS applications requires a high degree of understanding of the C objectives and Swift.

Android, on the other hand, calls for the SDK and Java awareness. This awareness of React Native is important if you want to keep updated with the most recent features.

An interface is very sensitive to the apps built on React Native. For mobile environments, it provides high efficiency. It is extremely fast and mobile device compatible.

Third-party plug-ins are an asset. React Native is compatible with plug-ins from third parties. These provide developers with more features.

React Native integrates plugins with native modules and enables functionality such as zooming, scrolling, and less memory. This compatibility is smooth, even when your computer runs on an old OS.

Another factor React Native is a superb option for businesses with a shorter development cycle. It provides a perfect atmosphere for growth and decreases rebuilding activities. It uses the layout engines for various platforms and reduces the development time.

Multiple modules are available so that this system can be used by developers. Also, developers need to know only one layout engine for the development of an app on iOS and Android.

React Native builds on react ideas and creates efficient mobile apps. It provides an additional live reload feature that is not present in the native frameworks. This feature is live reloaded and let you see the changes immediately after you’ve modified the code.

You opened two windows, for example. One shows your mobile screen and the second shows the code. In another window, you can see the effect of the modifications.

With all of the above information, you must have come to know why you should use React Native to build a mobile app for your business.

React Native is one of the strongest frames used to build mobile apps across the web. It is free and saves time for writing code. It is an open-source. It has become a trend to use high-quality apps and create them. Thus, Native React is anticipated to be the future of mobile apps in the digital world.

We have several Android and iOS experts at AFour Technologies. They have excellent knowledge and experience in the React Native Framework. Would you like your business to grow? If so, connect with our experts today! 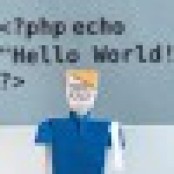